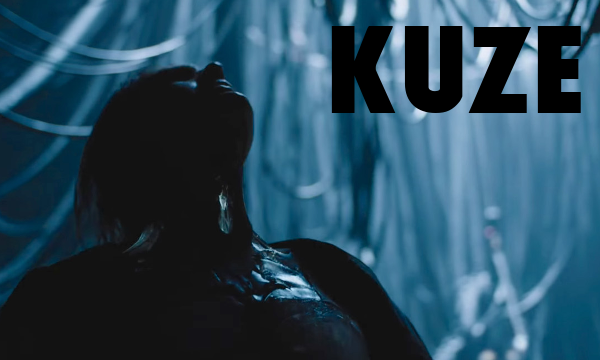 In the film, Kuze is the mastermind behind a bold attack on a high-ranking Hanka Corporation executive. A brilliant hacker out for revenge against the people he believes have wronged him, Kuze is willing to sacrifice anyone who gets in his way.

“Michael Carmen Pitt is a true artist,” says director Rupert Sanders. “I’ve known him for many years as a friend. He’s very independent minded and exists solely in that artist’s world.” 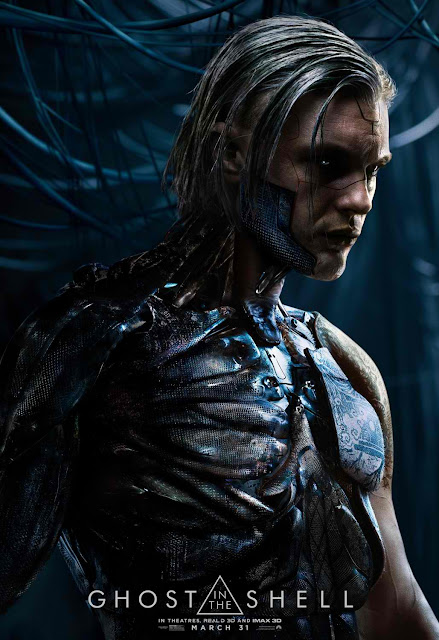 Pitt says he appreciated the ambitious nature of the project and the enduring relevance of the source material. “The manga has been extremely influential in Hollywood movies, graphic art, tattooing and industrial music,” says Pitt. “I saw the first animated film on VHS when I was maybe 14 or 15 years old. I had never seen anything like it. While I was preparing, I re-watched the original film and was really surprised by how current it still is. The world is complicated, scary, extremely exciting and full of evil and full of good — like the world we live in.”

Kuze is a composite character drawn from several elements of the Ghost in the Shell universe that served as a jumping off point for an intriguing, challenging antagonist for Major. “Is he truly a villain?” asks Pitt. “I don’t know. That’s one of the unique and interesting things about the script. I worked a lot on how he would speak and made some rules for myself about the way he could move. I wrote pages and pages and pages of backstory. He is such a strange character that I just didn’t know any other way to do it.”

Pitt arrived on set fully immersed in the physicality and violence of the character, according to Sanders. “By the time he started filming, he’d been eating raw food for months. He was doing boxing and Pilates every day. Not only was he whippet thin and ripped, he had developed a very in-depth character. He built himself a little house in a shipping container on the back lot, where he had a punching bag and an ashtray. He filled notebooks with painting after painting after painting about Kuze. It’s a master class watching him.”


Audiences may be startled by Pitt’s transformation, warns producer Jeffrey Silver. “Michael brings a phenomenal depth to Kuze. You’re not quite sure what he is. He alters the pitch of his voice, his eyes, his hair – everything about him is on the edge.”

Pitt’s hope for the film is that it will be an entertaining and exciting movie that also touches the audience. “It has the potential to move people because it’s about someone who is figuring out who she is, what it means to be human, and then ultimately deciding to fight for that humanity.”