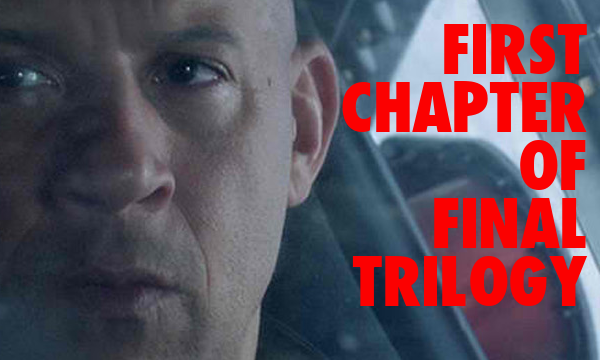 Universal Pictures has confirmed that the upcoming Fast & Furious 8 is the first chapter of the studio's record-smashing homegrown franchise’s FINAL trilogy.

In 2015, Fast & Furious 7 proved to be an emotionally charged culmination of the beloved franchise built on speed. Not only were the filmmakers and cast looking to pay homage to the legacy of Paul Walker, who was inarguably the heart of the films, but also to the very best of what The Fast and the Furious sparked in film audiences more than 15 years ago…and continues to do with another generation of fans.

Completing production of the film and then promoting it worldwide was both an exhausting and energizing labor of love for all involved. But with the end of an era came the inevitable questions of whether this was truly the finale of the beloved franchise.

Faced with the decision of whether to continue the saga, producers Neal H. Moritz and Vin Diesel, screenwriter Chris Morgan, Universal Pictures executives and the rest of the cast had to think long and hard about their next step together. The Fast family was in mourning, and, at the time, few could come up with a worthwhile reason to pick up the pieces and resume the collective saga. The outlaws of East Los Angeles’ street racing underground had risen to infamy on the international stage pulling off daring high-stakes heists. While they had lost friends and gained enemies along the way…any new tale would ensure they would remain true to their roots.

Whatever happened, the filmmakers felt they would need to do something completely different if the series were to continue. When it was decided that the franchise still had more riveting stories to share, they opted to throw a curveball into the mix. The new direction would be an explosive turn of events destined to rock the dedicated fan base to its NOS-loving core. Since the beginning, the series’ deep-seated theme of family has been entrenched in every film, and that fundamental tenet would be put to the test.

“I only wanted to continue the saga if we were going to collectively make the best final trilogy for ourselves, for the legacy of our brother Paul, and for Universal, who’s been so supportive over the years,” says Vin Diesel, who has served as a producer on the series since Fast & Furious. “With Furious 7, our focus was to not only make the best film in the saga but to honor what it has represented for almost two decades. The key to this next chapter is to challenge those core themes that have endured, and to do it in a way that is compelling but still entertaining.” 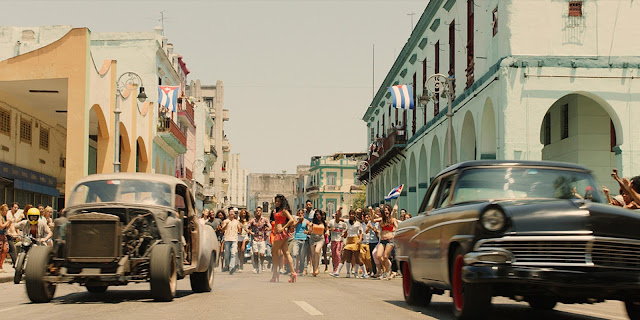 Screenwriter Chris Morgan, who returns for his sixth tour of duty with the franchise, this time joins Moritz, Diesel and Michael Fottrell as producer. For the series architect who charts and crafts the interwoven multi-film story points, this arc would pose his biggest challenge; once Morgan delineated the team’s ideas for the final trilogy, it would be a mind-blowing achievement.

“Recalls Morgan of the tipping point: “Fast & Furious 8 is really about the after effects of a profound moment that threatens to shatter everything you believe in. What happens when the central figure of your family, the one who preached the lesson of never turning your back on each other, breaks those rules? What happens if he goes dark and his family has to take him on and stand against him? It’s unique and, at times, a little scary. It’s great drama for the franchise, and it gave us a reason to move forward in a compelling way.” 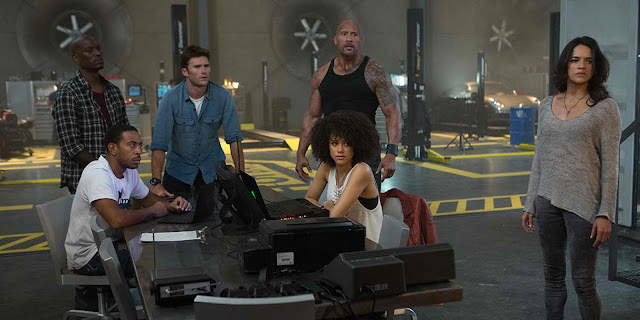 Remarks longtime franchise producer Moritz: “What always amazes me is how we’re able to develop and maintain that blurred line between good guy and bad guy over the course of this series. We’ve allowed each of our characters, new and old alike, to grow in different directions. We never go into a new chapter with any preconceived notions of what they should do, and let each movie organically grow each of these characters. It has been satisfying to see how many different arenas we can enter and ways we can go with them. That’s part of the fun for the audience: they love this cast of characters but are never sure exactly what’s going to happen with them.”