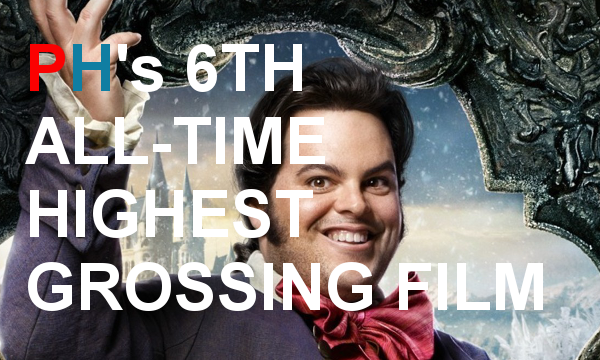 Disney's live-action fairy tale Beauty and the Beast dazzled again at the top spot on its second weekend at the box-office, grossing with a massive P541.67-M in just 11 days. This figure puts it at sixth place in the rankings of all-time highest-grossing movies in the Philippine industry. This was announced today by a spokesman of Walt Disney Studios Philippines.

With interest and theater attendance for the film still at a high point, Beauty and the Beast is poised to surpass more records in the days to come.

Beauty and the Beast is now playing in 2D, 3D and IMAX 3D cinemas across the Philippines.