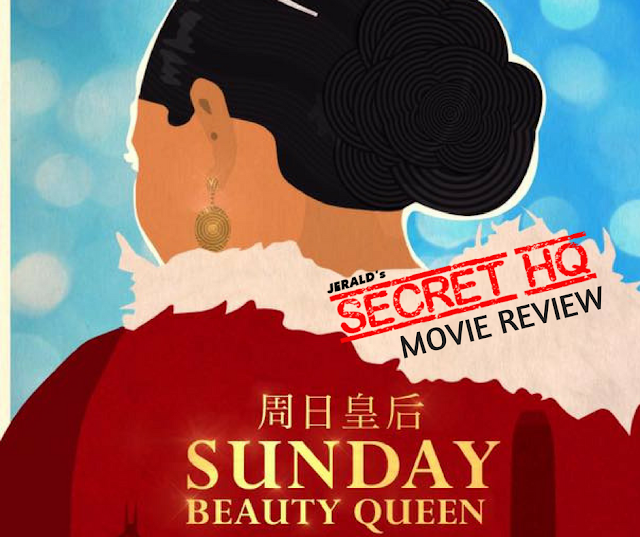 As someone who has produced documentaries for TV, I was thrilled to learn that Sunday Beauty Queen was selected to be part of this year's Metro Manila Film Festival. The film revolves around five domestic helpers who glam up or organize a beauty pageant on their rest day.

The format is similar to Patricia Evangelista's Storyline, which lets the subjects tell their stories, without a pretty face doing standuppers and voiceovers. We do hear the filmmakers though throwing questions off-screen from time to time. Director Baby Ruth Villanueva seamlessly built rapport with her interviewees that they say things in candid. Of course, I have spotted some scenes where the subjects would actually look awkwardly at the camera during their walkthrough - this is understandable though as they are not actors, but real people.

Occasionally, viewers will see superimposed statistics but don't mistake it for a hard-hitting journalistic piece. The documentary focuses instead on the relationships the domestic helpers have forged with their employers, their fellow OFWs, and the struggle of leaving their loved ones back home.

This may be the former journalist in me talking - what I find it lacking though are interviews with authority figures, that could have either been alerted of the abuses the OFWs are experiencing or informed the viewers what is actually being done to solve them.

If I would have my say, I may have also added more scenes involving the migrant workers' preparations for the weekly beauty pageants. For me, their personal stories came out as more interesting than the supposed focus of the docu.

Generally, it is a well-made documentary. There are about a couple of heartbreaking scenes where I mustered strength not to cry.