Review: 'The Legend of Tarzan' 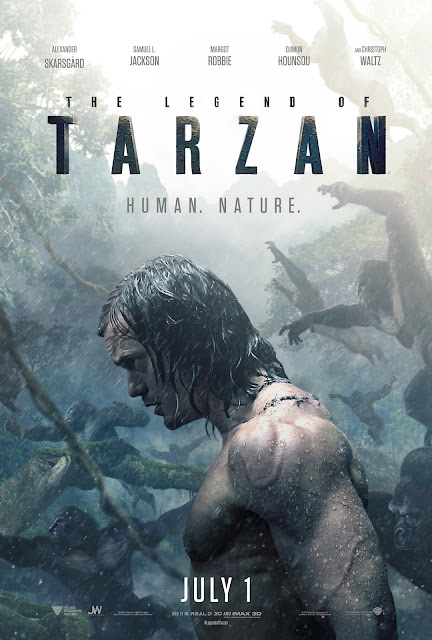 The Legend of Tarzan feels like a superhero movie with the titular character having conflicted personas - Tarzan, the Lord of the jungle, who has deep connection with the natural world; and his blue-blood identity John Clayton (Alexander Skarsgard), who would rather want to stay in Britain with his wife, Jane (Margot Robbie).

With the help of flashbacks, the movie has a shorter exposition of his origin story, allowing it tell a more complex story on slavery and the destruction of the forest. The Legend of Tarzan, as the title suggests, is more about the icon that John Clayton's alter ego is, in the world he has decided to leave.

The Legend of Tarzan has also a revisionist take on the classic character, Jane. Explicitly mentioned as no longer a damsel in distress, Jane is capable of fighting back. Her dynamic with the main rosary-wielding villain (Christoph Waltz) is terrific.

If this is patterned after superhero movie, then The Legend of Tarzan is complete with a familiar sidekick - Nick Fury himself, Samuel L. Jackson. Whoever convinced him to sign as a comic relief in movie should get an incentive. In the movie, Jackson's character, George Washington Williams, a real-life but relatively unsung hero from 19th-century American history, makes the film enjoyable to watch.

The combination of CGI and practical effects is awesome, but there is a story loophole. The villain has ships of mercenaries as back-up yet they have to drag Tarzan from England to Belgium just to appease a tribe.

The Legend of Tarzan is now showing in the Philippines.