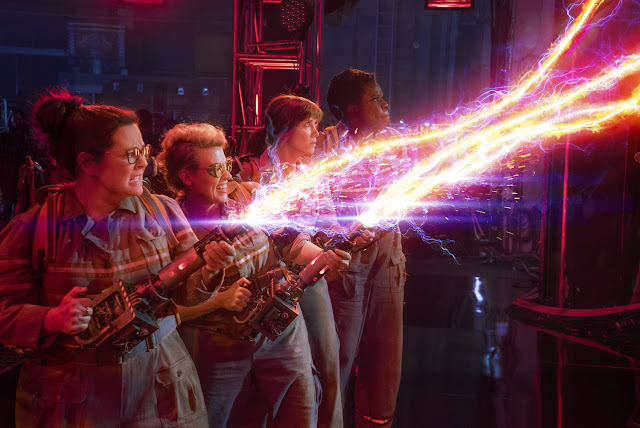 All the hate Ghostbusters got  before its release was much ado for nothing. The remake is funny, quirky and entertaining, with a cast that may have been possessed by great comedians in history.

At the start of the film, I wondered if they would ever pull it off. I wanted this female-led film to be a success as it becomes a precedent to other movies, months ahead of the live-action film, Wonder Woman. I hope to see girls don halloween costumes as Ghostbusters, who are comfortable in their skin.

Ghostbusters did fill those big shoes. I laughed in almost every frame and even screamed at some suspenseful sequences. While the story kicked off with estranged scientist-friends Erin Gilbert (Kristen Wigg) and Abby Yates (Melissa McCarthy), and eventually joined by NYC historian Patty Tolan (Leslie Jones); it was Jillian Holtzmann (Kate McKinnon), an oddball inventor, who stole the scenes. Jillian was so full of joy and represented the geek in us.

Even Chris Hemsworth’s portrayal of the incompetent receptionist Kevin, was adorable. Watch out for his dance moves during the credits.

There was also the underlying message about women empowerment. Listen to the criticisms against the protagonists. They reflect what society, including internet trolls, thinks of women.

Ghostbusters gave a satisfying movie experience. It is proof that naysayers should not scare you. It does not ruin people’s childhood, believe me.