The secret is out: Inside Out filmmakers flying to Manila this week 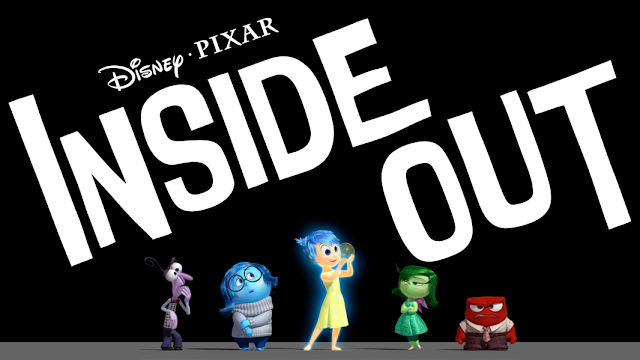 As part of the publicity team for "Inside Out," I kept mum about this event so it is a relief that we can now talk about it!

Pixar filmmakers are flying to Manila this week to grace the gala premiere of "Inside Out," one of the most critically acclaimed animated features the studio has produced.

Oscar-winning director Pete Docter ("Up," "WALL•E")  and the movie's co-director, Filipino-American Ronnie del Carmen (“Finding Nemo,” “Ratatouille,” “Up”) will meet with the local media in Makati City and then lead the gala premiere on Aug. 7 at SM Aura in Taguig City. Del Carmen will stay on Aug. 10 for a live TV interview and talks before artists, and budding and professional animators. He is also set to meet with the students of his alma mater, University of Santo Tomas.

The fun does not stop there because we have more "Inside Out" goodness coming this month.

Here's an excerpt from the release:

“It is with utmost joy and pride that we welcome Pete Docter and Ronnie del Carmen to Southeast Asia in this historic tour. We want to bring Disney-Pixar fans closer to our movies with such events and allow them to experience such one-in-a-lifetime chance to meet with notable creative minds in the animation and entertainment industry,” said Amit Malhotra, General Manager, Studio Entertainment, The Walt Disney Company, Southeast Asia.


One of the best reviewed movies to date, “Inside Out” is a comedy adventure featuring a team of Emotions who help guide an 11-year-old girl named Riley through an unsettling change in her life.


“Inside Out” opened in the U.S. June 19 with a monumental USD $92-million haul, the biggest debut ever for an original film. On its third week of release, “Inside Out” catapulted to the number one spot of the US domestic box-office. Its cumulative gross now stands at USD $325-million and still counting.

Pete Docter has been nominated for six Academy Awards, including best animated feature winner “Up” and nominee “Monsters, Inc.,” and best original screenplay for “Up” and “WALL•E.”

Aside from co-directing “Inside Out,” Ronnie del Carmen has also been a member of the story team on a number of the Pixar’s films, including the Academy Award-winning features “Finding Nemo,” “Ratatouille” and “Up” (for which he served as story supervisor).

Inside Out opens in the Philippines on Aug. 19.