iflix brings in GMA: Will we get to see Angel Locsin’s ‘Darna’ TV series again? 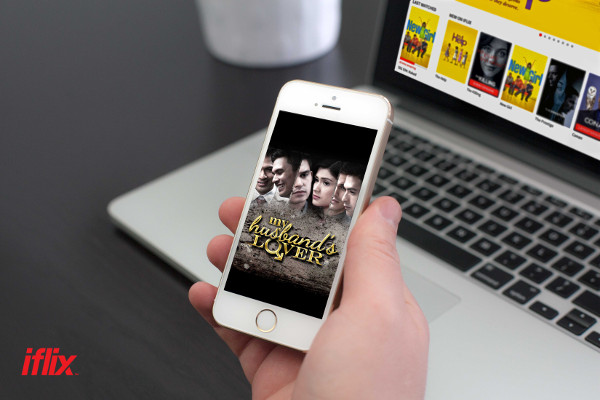 While our dismal bandwidth speed is another story, the battle for Pinoys netizens’ attention in the growing internet TV landscape becomes more interesting as iflix matches its competition in introducing local content to its platform. iflix is bringing in GMA’s library of TV programs, documentaries and feature films.

Now up on the video on demand site are TV series My Husband’s Lover, Ang Dalawang Mrs. Real, Amaya, and Impostora. GMA News documentaries such as i-Witness and Pinoy Abroad; and GMA Films’ Jose Rizal, Muro Ami, Sosy Problems and The Road will be available in the next 14 days.

iflix also introduced a Catch Up TV feature for shows Half Sisters, My Faithful Husband, Beautiful Strangers and Pari Ko’y within seven days of their initial broadcast.

“We have the idea of which shows are performing; it is a healthy symbiotic relationship (with GMA). But eventually we’ll use data to know which shows users want to watch more via Catch Up,” Sherwin dela Cruz, Country Manager for iflix Philippines, told me during the press conference.

As some of GMA’s memorable productions were based on licensed properties like Marimar and a few Filipino adaptations of Korean soaps, I asked if we would ever get the chance to watch shows starring Mars Ravelo’s comic book characters. GMA aired two iterations of Darna, two Captain Barbell's and one Dyesebel but rival network ABS-CBN got the TV rights for Dyesebel and film rights for Darna, a role to be reprised by former GMA talent Angel Locsin.

“It’s a complex scenario here. It’s not really about ABS-CBN but Mars Ravelo himself,” Dela Cruz clarified,” “I’m hopeful that we’ll get them eventually, but there are more kinks lang na kailangan nating ayusin.”

iflix also shared a milestone that it has reached 153,000 subscribers since its launch in May. It also set to introduce a “download now, play later” feature and bundle promos with Samsung Mobile in the coming weeks.

On iflix, each subscription allows users to access the whole library of local and international programs on five devices such as mobile, tablet, computer, or television set, for viewing anywhere, anytime. The service is priced at P129 per month for unlimited access.
Labels: Darna GMA iflix pop TV