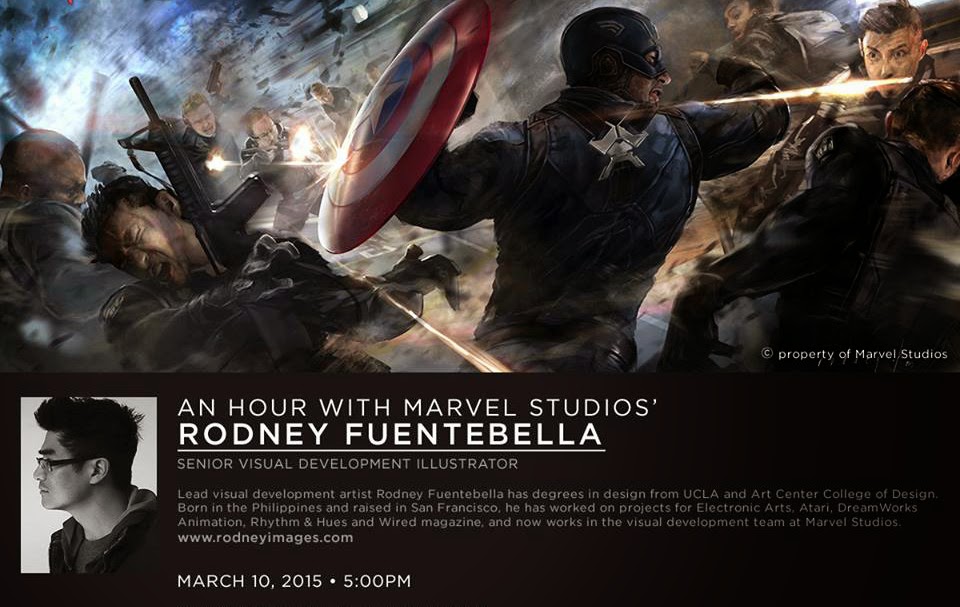 Remember that fight between Loki and Captain America in the first Avengers movie?

How about the Hulk taking on a jet fighter on the hellicarrier?

Or Tony Stark suiting up while falling mid-air in his new Mark VII armor?

Those were some of the key frames conceptualized by Filipino-American Rodney Fuentebella, who works as a lead visual development artist for Marvel Studios. Yes, a kababayan is living his dream, seeing his art work realized in the big screen.

Lucky for us, Fuentebella is holding a talk on Mar. 10, Tuesday at Carlos P. Romulo Auditorium in RCBC Plaza Building, 6819 Ayala Avenue, Makati City. It was originally set at Max's Main Office but was moved to another venue due to the overwhelming response and interest on the talk. Fuentebella is going to share about his design process and answer some questions about his work at Marvel Studios.

The talk is free but you have to RSVP for a spot. Contact Ghena Austero at ggaustero@maxsgroupinc.com
or 0998-9603215.