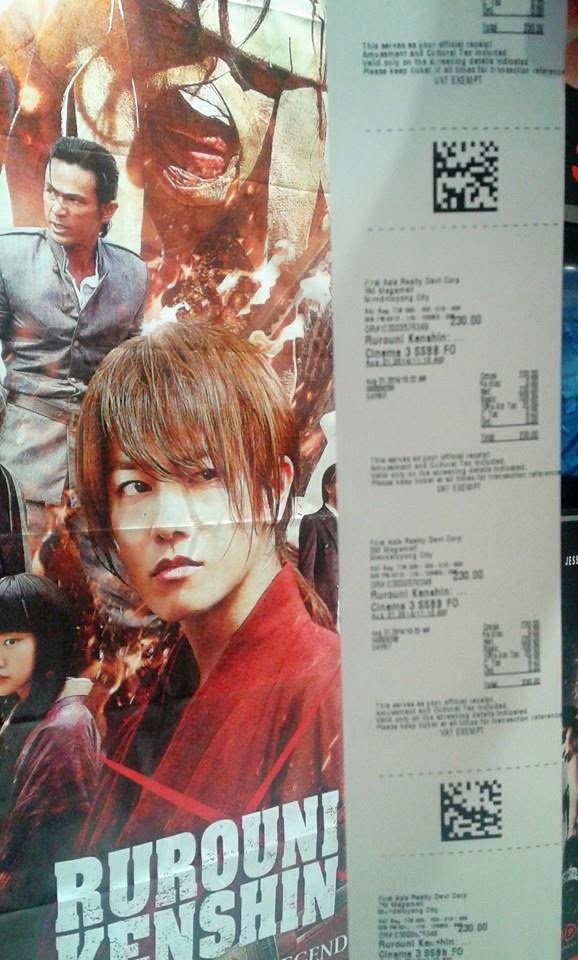 I have been raving about the Japanese film Rurouni Kenshin: Kyoto Inferno for weeks now that I and my friends decided to watch it this morning in SM Megamall. Like all of those who bought tickets for the 11:10 am screening, we woke up early and lined up before the mall's opening.

Came screening time, the movie was not showing English subtitles. I knew something was wrong when the opening scene did not contain any translation at all. I decided to go down from the premiere section and went to the sole cinema attendant stationed near the ticket booth. Some of the viewers also went out to talk to the security guard and they were referred to a lady attendant, who said the concern was already brought up.

The subtitles only appeared during the assassination scene. If you have already watched the movie, the audience has watched at least six sequences and flashbacks without subtitles by that time.

The audience then shouted "Ulit, ulit (Play it again)." It was played back from the start. But of course, the viewing experience of those who would be watching it for the first time was undermined- my friends' included.

What happened cannot be considered a technical glitch because no one from the SM Megamall Cinema 3 seemed to know the movie did not have subtitles. I have no idea why no one from the side of SM Cinemas was checking if the movie, at the onset, was having problems. The moviegoers were hassled that they had to go outside of the cinema to let the personnel know about it.

I am speaking as a customer who paid P200+ to have a satisfying viewing experience and service. I hope this won't happen again in succeeding screenings.

The real issue though was that there was no immediate person whom we could reach out at that time and apologize to us. But I appreciate SM Cinema's social media team's apology.