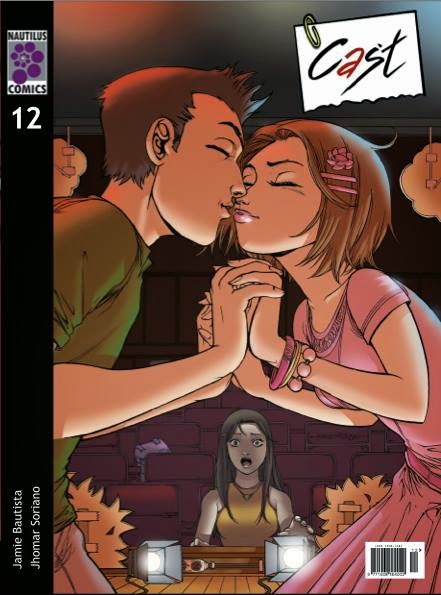 
Cast 12, the latest installment of the young-adult comic series Cast, unveiled Harvey Tolibao's variant cover that will be available in comic conventions.

Tolibao, a superstar artist whose work appears in Marvel’s Uncanny X-Men, X-Men Legacy and Avengers, had his beginnings as an assistant artist in Cast when it was just starting out.  For Cast 12, Tolibao illustrated a variant cover depicting the story’s shocking revelation.

Written by Jamie Bautista, Cast is a series about the adventures of a barkada in a musical: getting over stage fright and learning the ropes of production, meeting all kinds of people, falling in love with the right—or wrong—person, and all the crazy things that they get into, all for the love of the musical and their friends.