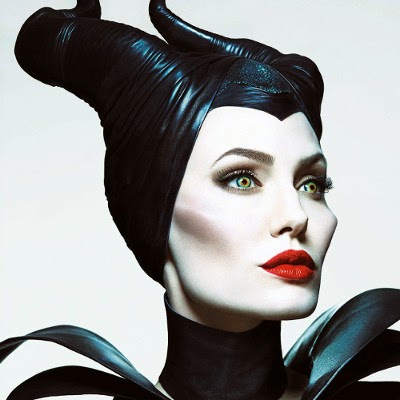 Animation produced by Disney has always been critiqued for its "damsel in distress" trope and flat antagonists that were wicked with no explanation of their motives. That is, if you don't think not being invited to a christening is a petty reason to put a curse on a baby. The poor characterization of these villains was often overshadowed by the films' emphasis on "love at first sight" and royal weddings as resolutions. This structure though has served well for the fairy tale niche, gratifying audience with a "happily ever after" ending.

But it looks like Disney is intently shying away from these overused plots. They have started that with Frozen recently, starring two princesses who did not need a Prince Charming to save the day. Likewise, Maleficent gives us an empowering tale by adding depth and ambiguity to the titular character. I personally like flawed characters-Loki, Magneto, Winter Soldier-because people in real life are nuanced and have redeeming qualities.

Maleficent, as a character, personifies anger driven by blind hatred and pain. This leads her to take revenge on the King who took away her wings. But ironically, she realizes the error of her ways through the very person she put a curse on, Aurora.

With a movie rating here in the Philippines of G (General Patronage), it also a good way to show children that these self-destructive emotions exist but one can redeem himself by making things right again. It introduces the younger audience to the gray area, where the good and the bad overlap. Maleficent also proves that an all-ages movie can talk about tragedy without gore and violence. That scene where Maleficent cries in pain because her wings were took out from her? We did not see the actual cutting of the wings but Angelina Jolie's strong acting flooded the cinemas of the physical and spiritual agony the character was experiencing.

A minor criticism perhaps is that there was no explanation how she got the name Maleficent, unless anything that started with prefix -mal was not derogatory in that setting. The character should have also gotten her wings much earlier in the story since she could easily enter the castle. But perhaps, she was indeed blinded by anger that she did not think rationally.