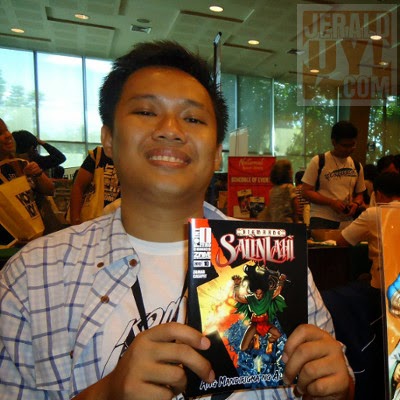 Now on its 10th year, Summer Komikon is bigger than ever. Organizer Jon Zamar shares why is this year's Summer Komikon the grandest pop culture event they pulled yet.

How different will Summer Komikon be from last year's events?

For people who missed the first ever Komikon, it's their chance to experience Arnold Arre and Leinil Yu headlining a Komikon event. For those who have been with us since 2005, it's going to be like a stroll down memory lane sans the heat of the old venue.

Staples like new releases from our beloved exhibitors, new creators (some old) from the Indie Tiangge and a chance to meet, greet and get sketches from our international roster of artists at the Komik Kalye are still in store for the attendees. 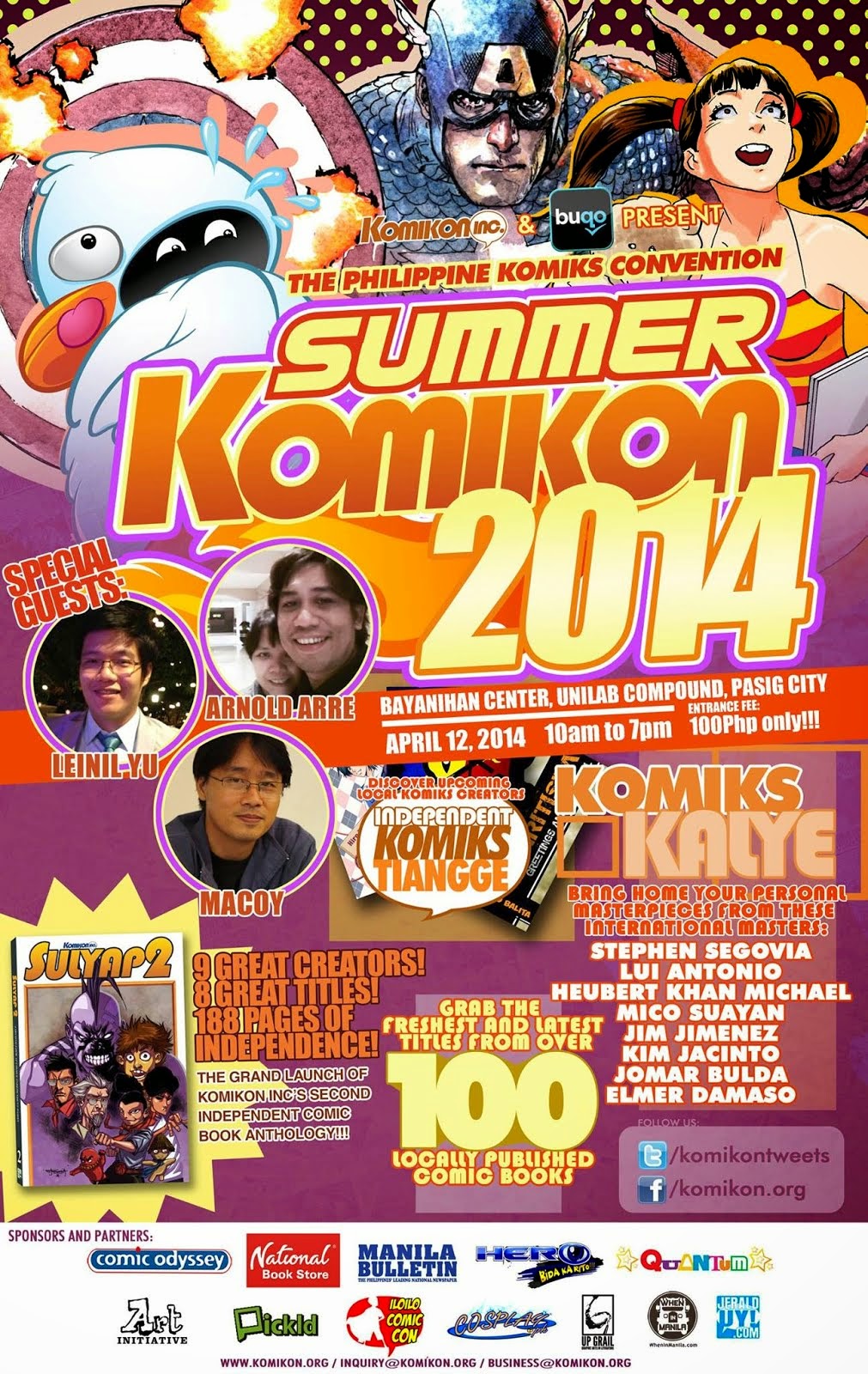 Every year it just steam rolls into something bigger and more fun.

We will also be spotlighting nine of the best creators that have joined the Komikon floor in recent years with the launch of the second Sulyap book. It will feature AJ Bernardo, Noel Pascual, Carlorozy Clemente, Francis Martelino, Jonas Lechuga, JP De Torres, Nino Balita, and Ronzkie Pacho Vidal, and their respective titles in one 188-page package.

How did you choose the titles included in Sulyap?

Sulyap has always been a showcase of talent that have joined Komikon in one form or the other. Be they participants in the Indie Tiangge or the recent Indiekets, winners from our contests or standouts in the mainhall exhibitors. These creators caught our attention and we want them to catch the attention of others as well. Part of our self imposed mandate is to help creators like them get a wider audience and with plans of distributing their material to a more mainstream avenue like bookstores and bringing the book with us on our provincial and international trips we hope we can open more people's eyes to the diversity new komiks offer. 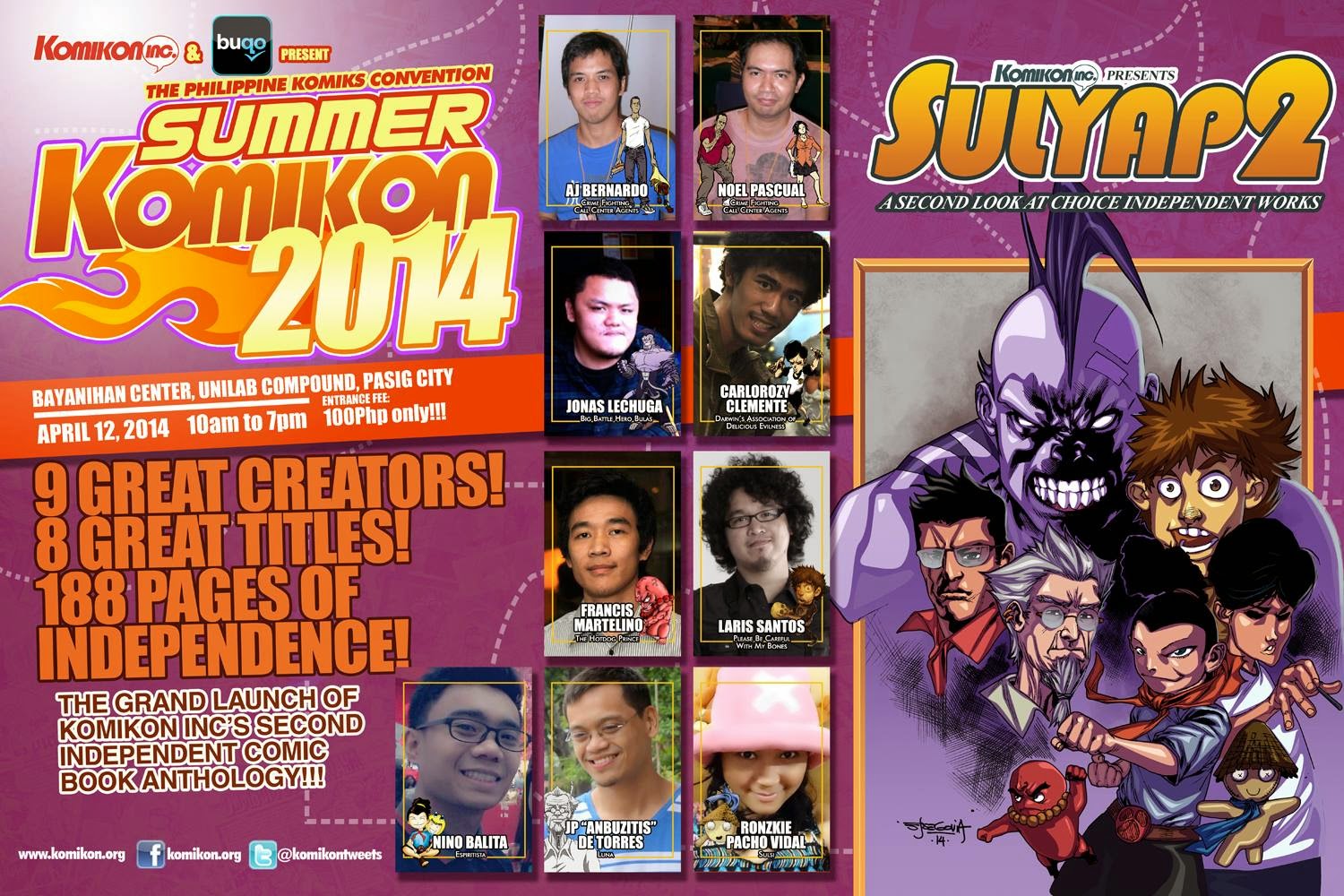 Why should people check out this year's Summer Komikon?

There's just too many must-read titles. to mention. Of course, Sulyap 2: A Second Look at Choice Independent Works will be launched by Komikon Inc. at the event. Visprint also will be releasing a virtual who are the best comic creators in the industry right now with their Abangan anthology as edited by Carljoe Javier, Adam David, Elbert Or and Rob Cham. Also Manix Abrera's new Kikomachine book and Mervin Malonzo's Tabi po will be out. Gerry Alanguilan and Arnold Arre's Rodskie Patotski is also going to be release there, and its in full color! Also I heard Codename: Bathala is finally releasing its final issue, how cool is that? (You could erase that last sentence.)

Theres a lot to look forward to, and I'm missing a lot, I posted a partial list of new releases and its just hard to take in. New books by FL3, Tepai Pascual and JP Palabon, there just too many to mention. How will I ever get enough cash to buy all of that?