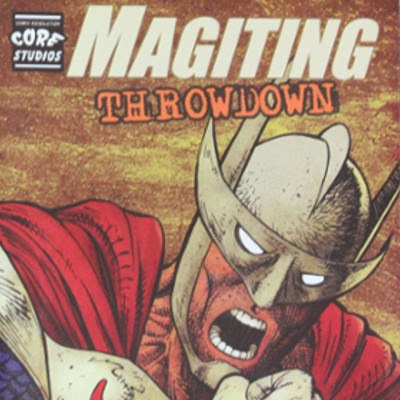 I did not get an opportunity to meet him. I thought that we would eventually bump into each other in one of the comic book conventions. He was the first blogger to write about our indie, Segovia Solutions, on his site, Down with Manila in 2011.

To put up a sort of tribute to him, I googled his name. Except for news articles about comics and dogs, there was little about him that were available online. He even deactivated his Facebook account.

There was also this article about him last Thursday.

And it's sad that I could not come up with a full-blown tribute to the guy. It just magnifies the fact that he's gone. The only thing that remains is the memory of his name popping on my Facebook chat window.

I do recall his fascination with Avengers, his indie Magiting, him telling me not to send requests for the Avengers Alliance game because he was saving up money by limiting playing online, him telling me about his disagreement with an artist and him saying that he felt hated by the indie komiks community.

It is not my place to say what happened to him and what his personal struggles were. I am tempted to reveal it so people would understand him better.

The only thing I could say-comics were what Amado held on to, whenever he's down. Comics were one of the things that made him feel alive.

And I sometimes think that we are forgetting what online communities are for. I had my share of disappointments and disagreements too with comic book creators. But in the end, we should aim to encourage everyone to pursue their passions how delusional it might appear to us.

Scratch that. Enough with the high horse.

I will try my hardest to be an encourager.