The first Marvel concept store in Southeast Asia, Kapow! Universe recently kicked off the 75th anniversary celebrations of the House of Ideas here, just in time for the showing of Captain America: The Winter Soldier this week.

Headlining the event was superstar artist Leinil Yu. I finally got my copies of Secret Invasion and New Avengers signed. Leinil even gave me a quick sketch of Quicksilver!

A lot of buyers pointed how very accomodating was Leinil to his fans. He was game in answering some questions and told me that he will be working on some issues of Avengers and a yet-to-be-revealed Marvel event.

The line to the signing was organized. The artists doing the commissions were also well taken care of by the nice people at Kapow! They never grew hungry because, well, the artist's alley was inside a nearby resto.

What I also loved about the event was that it included a mini-exhibit of characters appearing in Captain America: The Winter Soldier. Kapow! also launched a Funko Captain America vynil toy based from the movie.

Kapow! Universe is located at the second floor of Glorietta 5. The shop offers officially-licensed apparel, comics and collectibles, featuring your favorite Marvel characters.

Here are photos from the event: 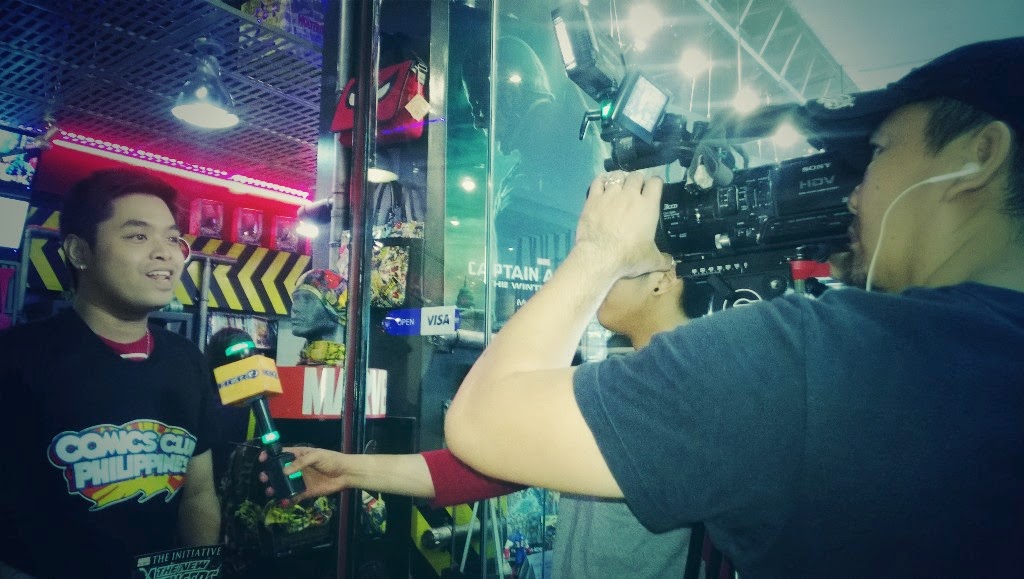 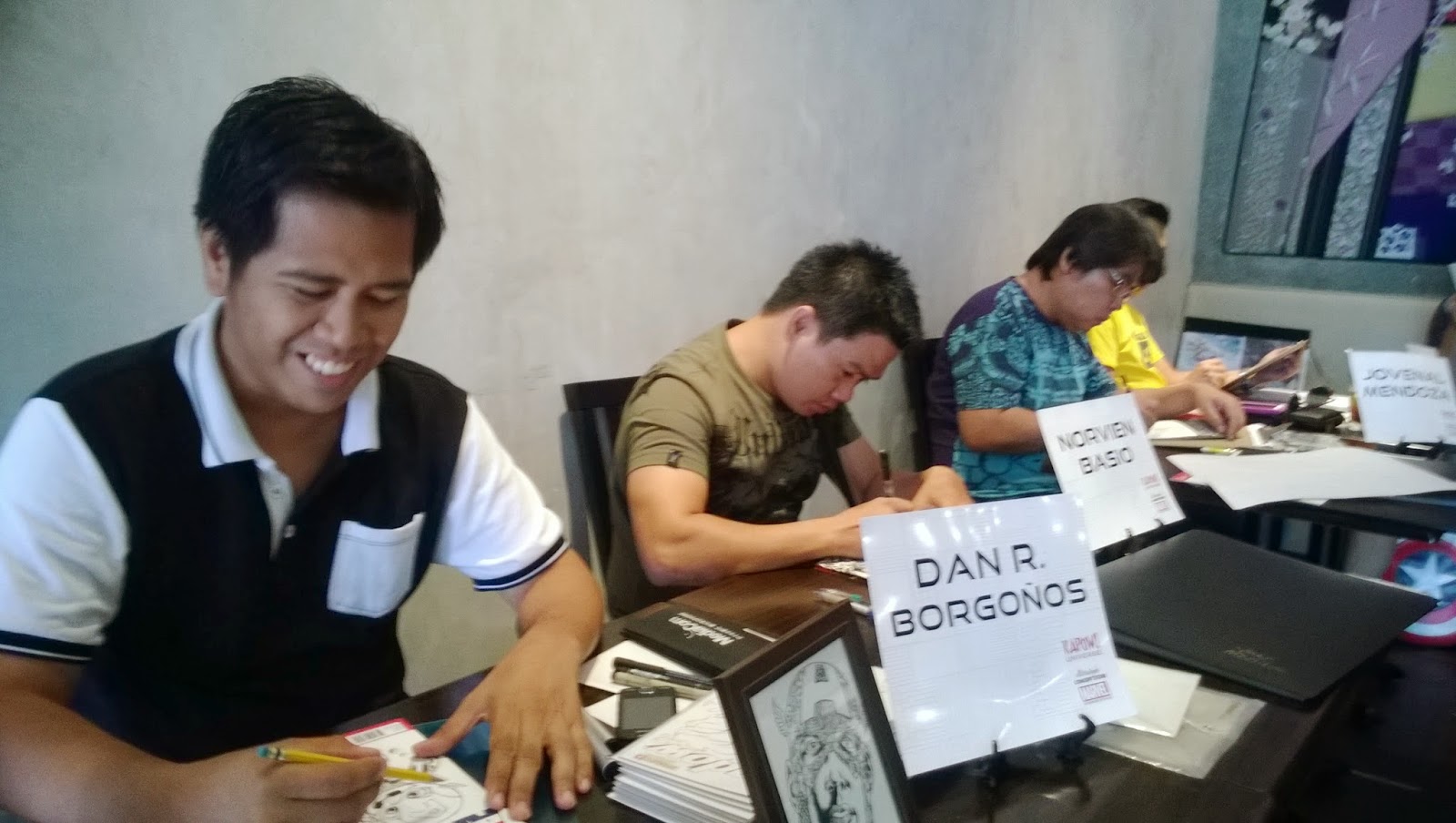 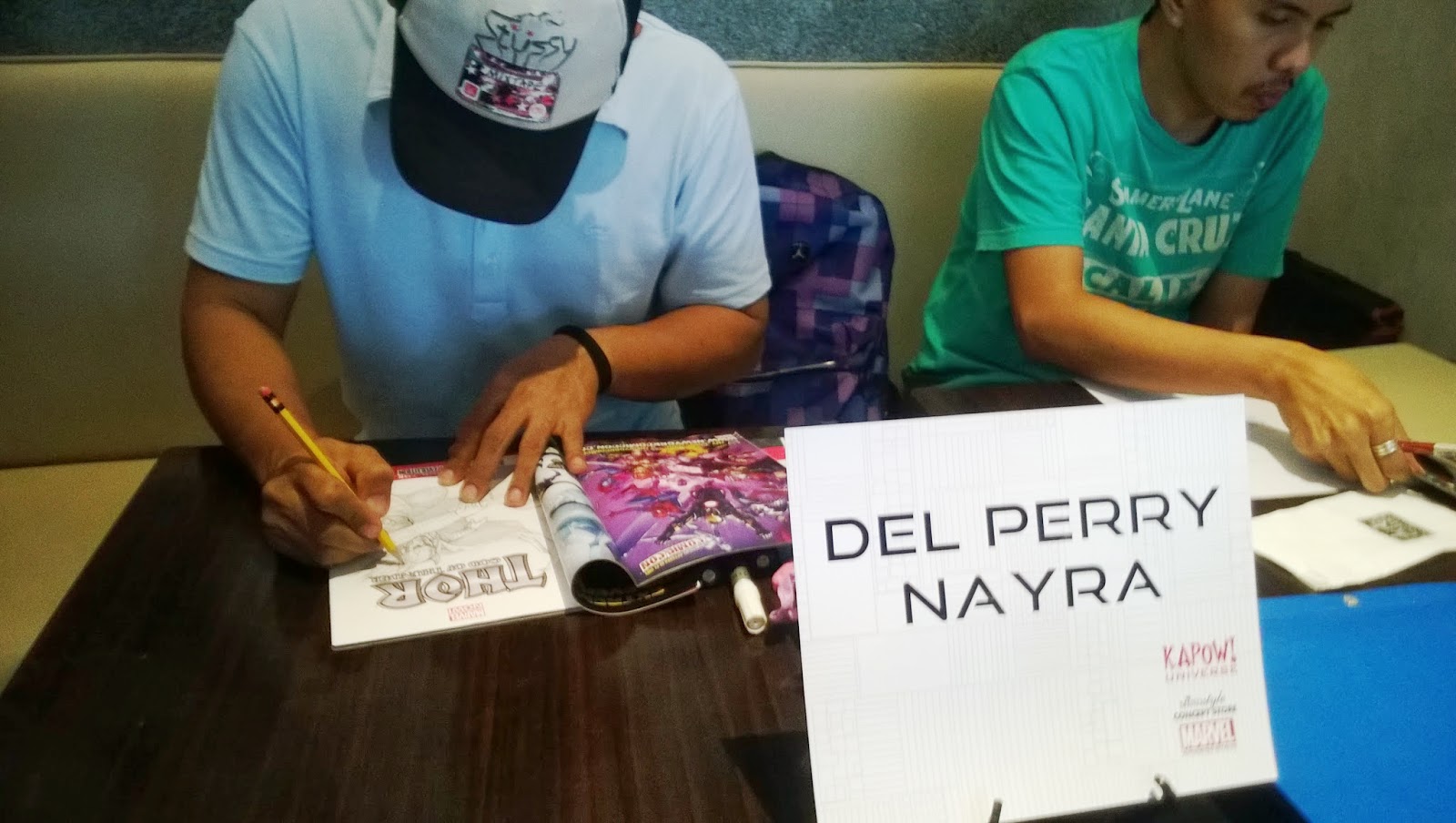 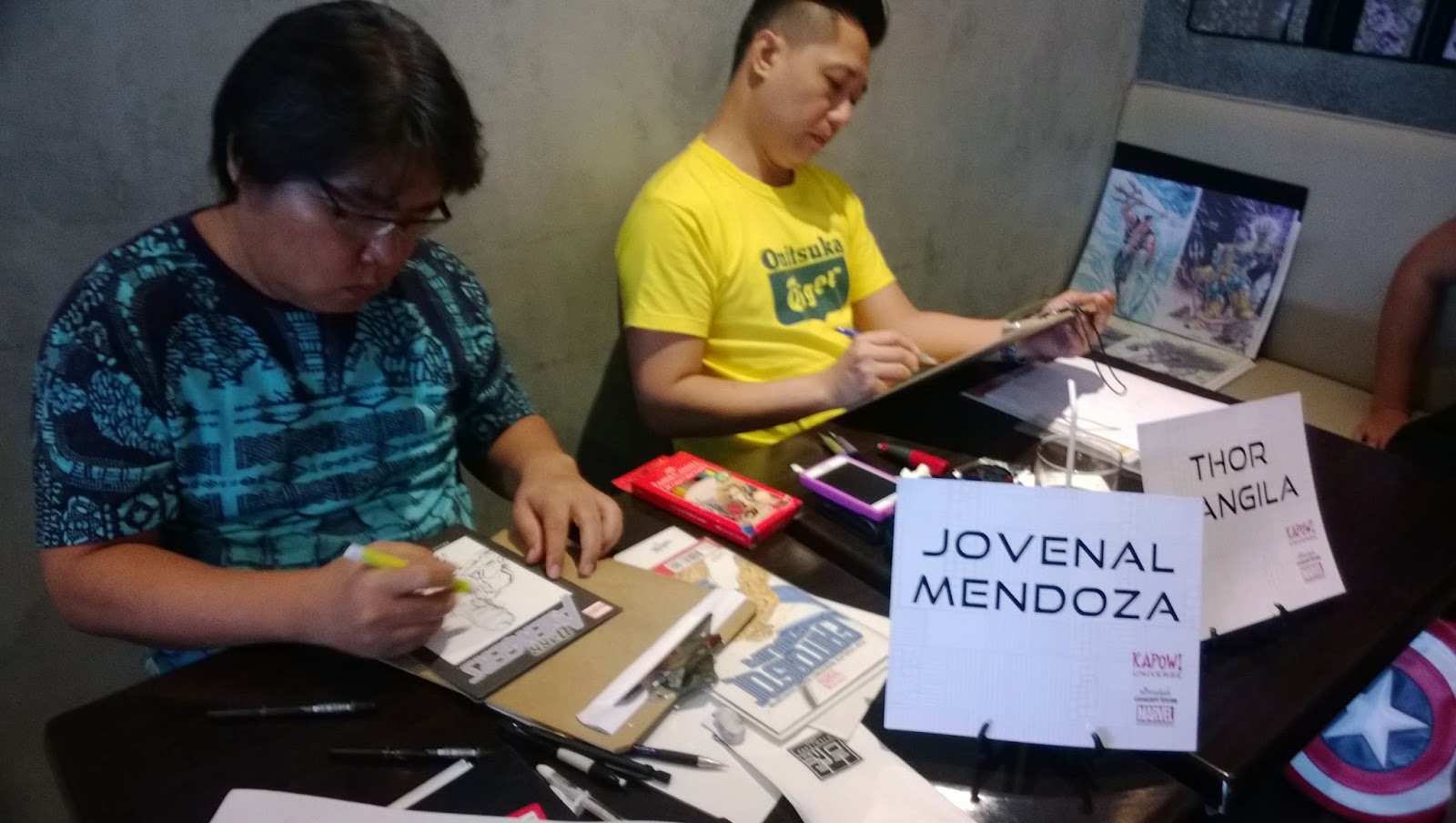