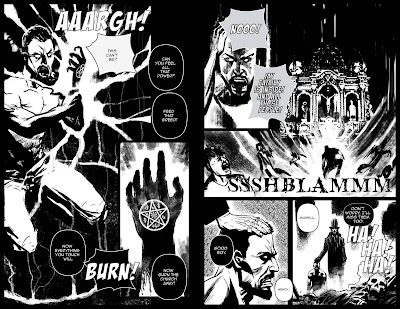 Make no mistake. Indie comics group Hollowpoint Studios does not only have doe-eyed kiddie robots and mechas in their library of graphic literature. Case in point is "Ang Lagablab ni Mang Efren," a grim story of an MRT musician with a missing hand.

The comic book's strength lies on the strength of the story by writer Steve Magay. The tale is intriguing enough to engage the reader. The writer used a metanarrative, making the reader and the protagonist's companion to doubt whether Efren's tale really did happen. It's a good one-shot story that could work both ways - a stand-alone story or a precursor to more issues.

"Efren" could supply the need for a supernatural hero based from Judaism-Christian concepts in the local scene. I hope the creators would go to this route, not to look down on our aswangs and tikbalangs, but to streamline their concept.

The art on this issue is a mixed bag. Elmer Cantada's interior pencils match the gritty story, handling facial expressions very well. I could not say the same about the cover image. I think it does not do justice to what the readers would find inside the comics. It does not even carry the title.

So please, if you're going to pick up "Ang Lagablab ni Mang Efren," don't judge it by its cover. The comic book is promising and I hope to see more of Efren and his unnamed kid companion. 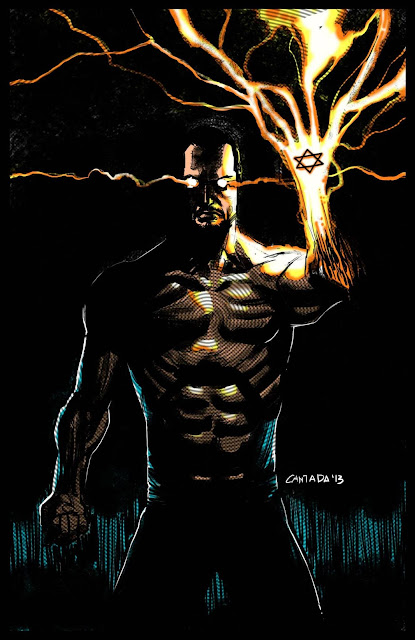