On The Job: Best Filipino Action Movie Yet 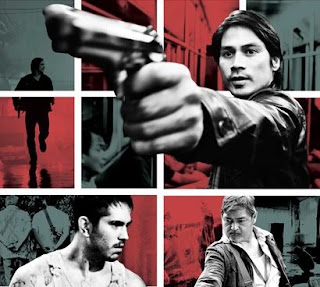 Gone are the days that we’d see action stars in leather jackets, throwing poetic lines that mirror the title of the movie. That is, if all succeeding movies in this genre follow what On The Job has shown in theatres recently. Never did I expect to hear an applause in the moviehouse after watching a local film. But it happened. I found myself clapping. It was that good.

On The Job shows the blurred lines between duty and morals of hired killers, a tired old cop and an NBI agent prone to corruption. It kept us cliff-hanging at the edge of our seats as these players outwit each other, though often it is Joel Torre’s character, Mario, who does that throughout the film. Joey Marquez, who played as Sgt. Joaquin Acosta, fits his role, an everyman trying to do good even if his own son is a junkie.

Director Erik Matti and Michico Yamamoto’s script is refreshing while underscoring what we have known all along—this country is run by the powers-that-be. Leo Martinez’s character General Pacheco perfectly captured this when he said that democracy only exists because of them—the military and the high-ranking officials.

On The Job also challenges the conventions on how a Filipino action movie should be. The last time I watched an action movie—it was a biopic about a re-electionist mayor. And we all knew why it was shown a month before the campaign period. On The Job, on the other hand, is relevant, using the genre not to push agendas but to expose them.

Here's the trailer of the movie: