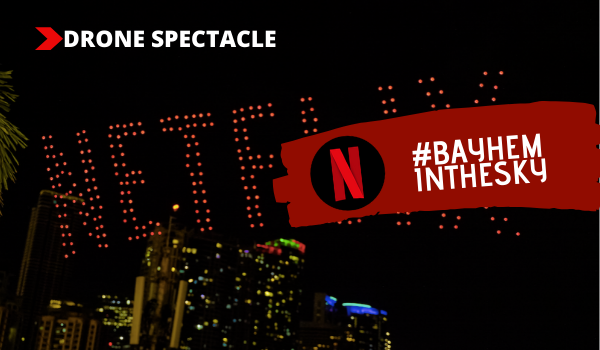 On December 16 (that's tonight), 17 and 18, Manila sky will be lit with an exciting aerial spectacle - #BayhemInTheSky! Netflix Philippines is celebrating the launch of Michael Bay’s big blockbuster film, "6 Underground", starring Ryan Reynolds, with a drone show of epic proportions.

Up to 300 Intel® Shooting Star™ drones will bring to life action packed sequences from 6 Underground in the sky, making it the largest drone show in the country.

"6 Underground" is now streaming, only on Netflix.