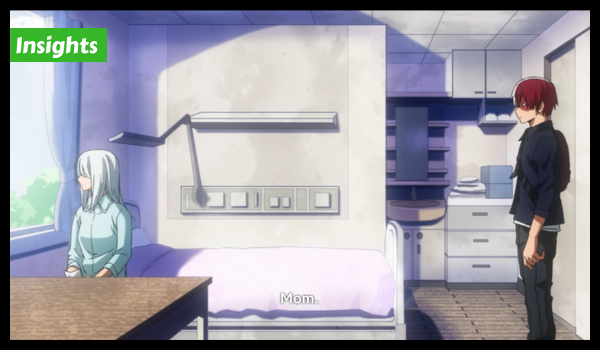 The superhero animé “My Hero Academia” may be all about the empowered bullied kid, Deku, but its temperature-manipulating character  Shoto Todoroki is equally an interesting creation, not often seen in mainstream pop culture shows aimed for kids and teens.

Shoto has the power to control ice and fire, a result of interbreeding between Endeavor, his pyrokinetic father who ranks second among pro heroes, and his mom, Rei, a cryogenic. Bearing resentment towards Endeavor who physically hurt his mother, Shoto initially resisted using the powers he inherited from his father. His mother though could not take seeing the resemblances of his abuser on her children. She is then confined in a psychiatric ward after she poured hot water on the left side of Shoto’s face when he was still a boy.

Shoto’s backstory is a bit heavy for some animé viewers but it brings to light a stigmatized topic rarely discussed among young people - how do you respond to parents with mental illness, especially when no one from your parents seem to be fit to guide you in your personal journey? In this case, his father was selfish and only wanted his son to surpass his rival, All Might.

In Season 2, Episode 12, Shoto makes peace with his circumstances and decides to visit his mother. “In order to become my ideal hero, I need to see her and talk to her,” he said. Next is a bittersweet scene - Shoto’s mother sits motionless in her room, staring out the window. Shoto calls out, “Mom.” Her face turns around to see her son, who is willing to forgive and rebuild a relationship with her.

Shoto said this is his “starting line,” a reference to another character in the series who likewise decided to take hold of his fate. Later, Shoto would tell his classmates he would visit his mom when there are no classes, without shame. 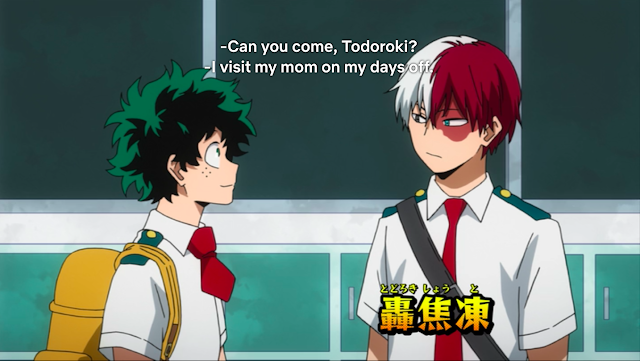 I could not help not to relate to Shoto’s backstory. I too have a mother with a mental illness and it took a while for me to not be held by the resentment. Like Shoto, it is still a process to accept my “left side” - that part that is attached to us that would always trigger hurtful memories. I also look back to the times my mother would motivate me to follow my dreams to remind me that she is not the sickness.

The animé did not need to explain the whys of Shoto’s mother falling into a mental illness. In real life, we still have questions that science cannot answer, such as a cure to this debilitating disease. It is difficult to understand and it also costs a hefty amounts of money in our search for answers through consultations with experts and medication.

But like Shoto, we can be persistent as any hero would combat a villain, by not stopping to love them and do the best we can in finding ways to help them.